Bonang Matheba Book: From A to B – Errors & Grammar 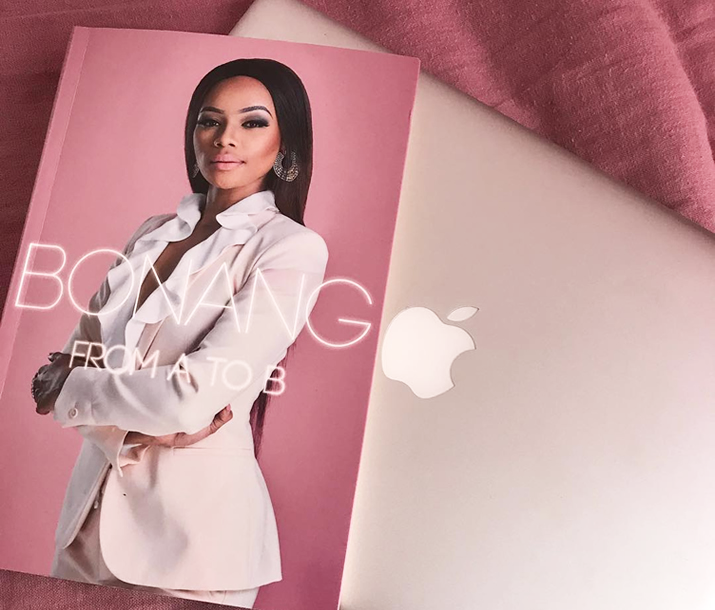 In 2017, Bonang Matheba wrote a book about her life, a memoir that she titled “From A to B”. The Bonang Matheba Book was launched in 2017 at the Diamond Walk in Sandton. In the book, Bonang shared her career secrets, formulas for decision making and advice.

She also wrote about her bizarre relationship with the ex-boyfriend that she accused of domestic abuse. Bonang also wrote about her experiences with other celebrities, including Somizi. Interestingly, the cover of the book was designed by IIIRD WRLD, a company owned by AKA (Kiernan Forbes), Bonang’s boyfriend at the time.

Unfortunately, the first edition of Bonang’s Book had issues like typos and grammar errors. The Bonang Book was published by BlackBird Books, a publishing company that focuses on promoting black authors. The company that published the book took responsibility for the errors and grammar issues in From A to B By Bonang Matheba.

Here are some of the errors and grammatical issues from the first edition of the book.

“We do acknowledge that there are a few typographical errors in the book, which are regrettable. As publishers of ‘black stories’, one of our most important missions is to protect the author’s voice and to keep the story as authentic as possible. It was with this in mind that when we started working with Bonang on this project, we wanted to ensure that Bonang’s voice landed as truthfully as possible, hence the direction and conversational nature of the read.”

The Second Version of “From A to B” By Bonang

After the controversy, the first edition of the book was recalled, the grammar and errors were corrected and the book was republished as “From A to B: Version 2”. You can buy “From A to B (Version 2) By Bonang Matheba” from Amazon because it is scarce in South Africa (mostly sold out).

In the second version of Bonang’s Book, she writes about the career decisions that she made to accelerate her career, including secrets and shortcuts that she has never mentioned in the media.

Bonang also wrote about the success of her app with Cell C, her emojis, clothing label, reality show and other businesses that made her a success.

Buy “From A to B (Version 2) By Bonang Matheba”

Controversies From A to B By Bonang Matheba

In From A to B, Bonang made some shocking allegations; Here are examples of the allegations she made in her book:

Tsohle is an online blog about change and growth, with a focus on health, wealth, relationships and spirituality.